Frida Badoux settled down in Amsterdam in 1968.
In the seventies she participated in the avant-garde scene which prescribed Amsterdam fashion at that time. She designed sophisticated trendy clothes for the in crowd.
After that period she worked in Barcelona for some years and managed to turn her ideas on street fashion into a success formula by starting and running several shops.
Back in Amsterdam, jewellery became her big passion and there were exhibitions of her work in various galleries.

The last 15 years she travelled around the world for Fair Trade Original to instruct producers in Third World Countries about how to make their handicraft suitable for the European market. Today she works as a free-lancer for these producer groups, to realize a collection of fashion and interior accessories for the Western market.

The exhibition of “Objets Trouvés” is a collection of melancholic assemblages put together from second-hand and found objects, the flotsam of popular culture. Recurring theme here is that of porcelain dolls heads. Put in a new and intriguing context they each tell a fascinating story. 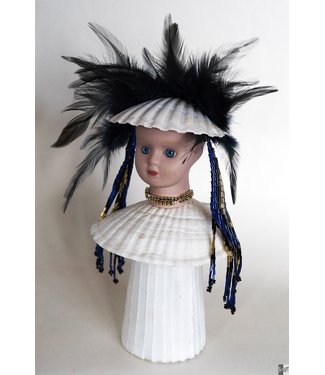 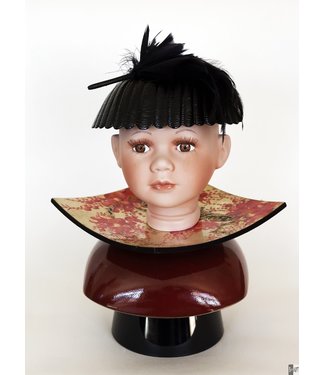 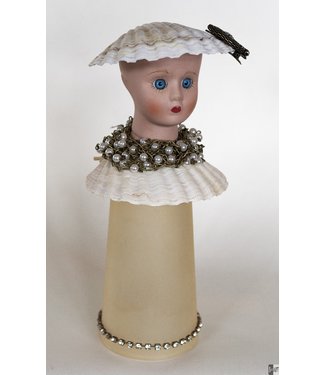 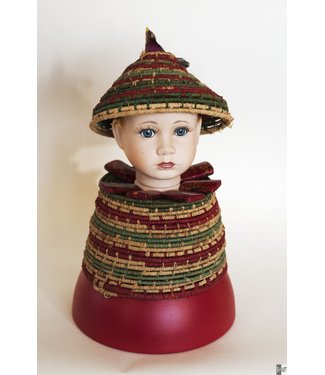 Big boy with bird on hat 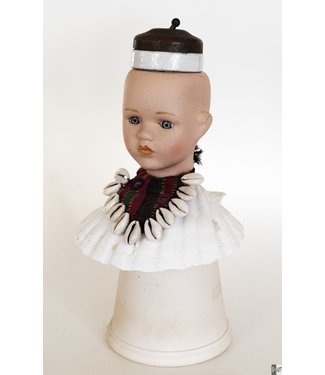 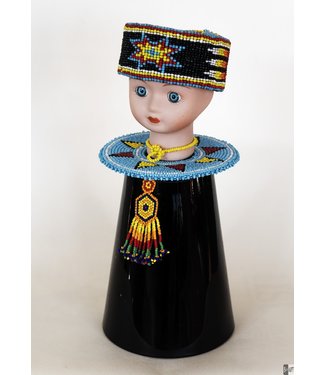 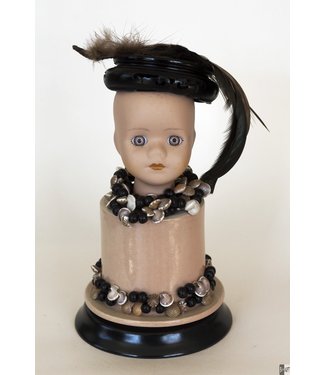 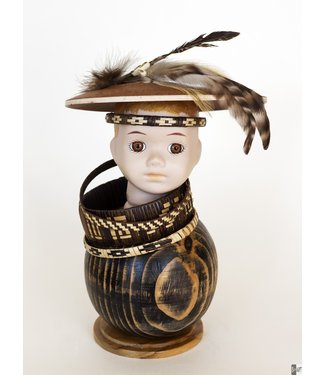 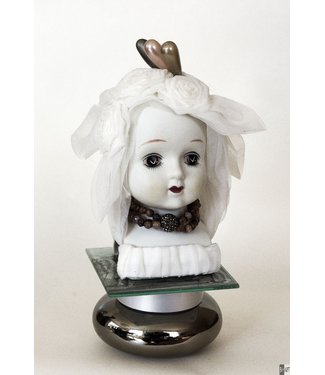 Girl with the glass pearls 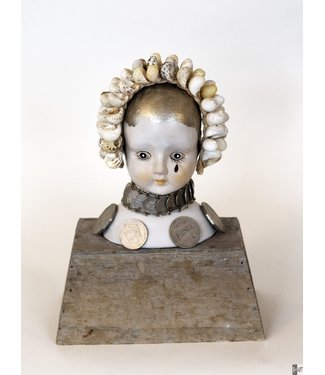 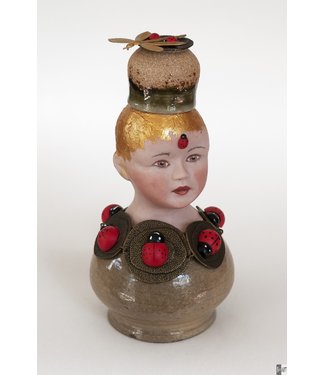 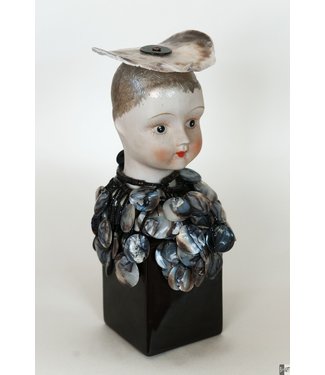 Girl with the shell necklace

By creating an account with our store, you will be able to move through the checkout process faster, store multiple addresses, view and track your orders in your account, and more.

You have no items in your shopping cart