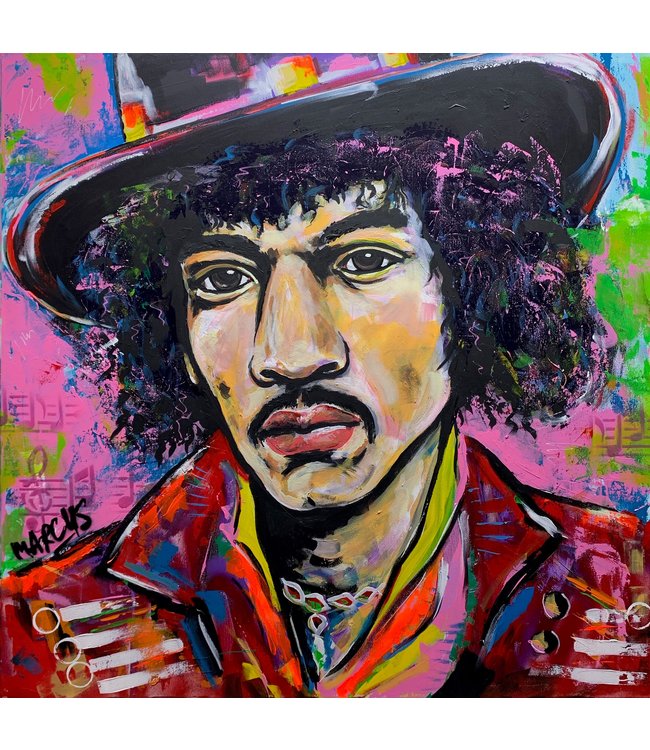 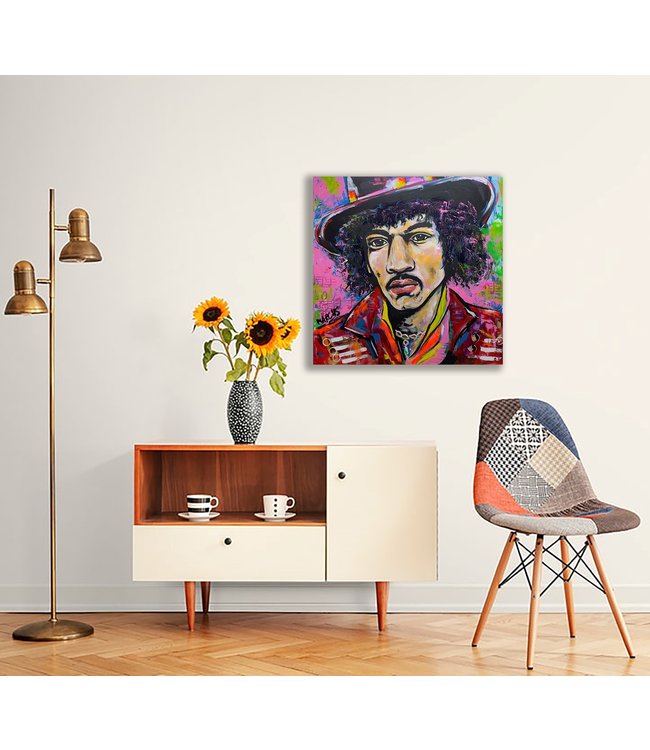 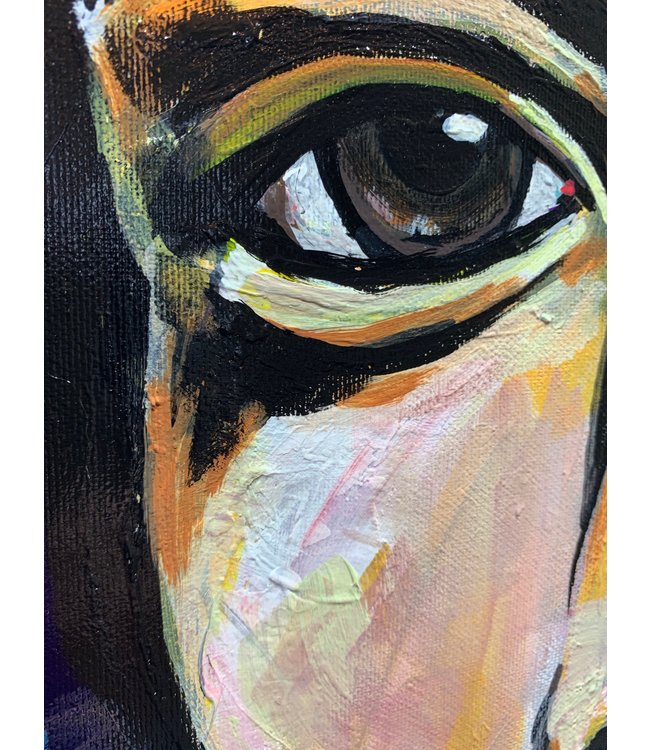 The influential guitarist from the seventies, James Marshall Hendrix, was born on November 27, 1942 in Seattle. Already at a young age Hendrix was intrigued by music. According to many, Hendrix took electric guitar playing to a much higher level.
Jimi Hendrix unfortunately died in London on September 18, 1970 when he was only 27 years old.
Exactly 50 years after his death I felt I had to capture Jimmy on canvas as well.
Of course in a colorful extravagant style, just like he was.

By creating an account with our store, you will be able to move through the checkout process faster, store multiple addresses, view and track your orders in your account, and more.

You have no items in your shopping cart